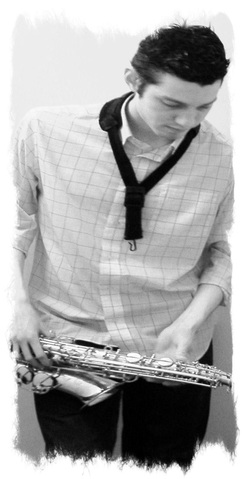 Neil graduated with distinction from the Masters programme at Royal College of Music and holds a first class honours BMus degree from the Birmingham Conservatoire.  He won several competitions, including the Winifred Micklam Prize, the Birmingham Conservatoire Saxophone Prize, and was Highly Commended in both the Doris Newton Music Club Prize and the Royal College of Music Concerto Prize.  Neil has performed with Ensemble Intercontemporain, Pierre Boulez, Louis Andriessen and Michael Finnissy.  He premiered Ed Bennett’s saxophone concerto ‘Do Not Bend’ and performs with contemporary music group Decibel.  He is a founding member of contemporary saxophone quartet Syzygy.

Recordings include ‘Intervention’ with free jazz saxophonist Paul Dunmall; 'Dzama Stories' & 'My Broken Machines' with Decibel; and 'Songs for the Coming Day' with Syzygy.  Solo improvisations have also been broadcast BBC Radio 3.  He has performed at a number of British and World Saxophone Congresses.  With over 17 years’ experience, Neil also teaches at the Royal Welsh College of Music and Drama juniors and the Lady Eleanor Holles School.  He has taught masterclasses at Trinity College of Music & Birmingham University and examined and adjudicated for Birmingham Conservatoire.  Several of his students have won national competitions in recent years.  Neil is married to Emma and has four children.